The second stage of Musicas memorables is on, developing the residency stage on oral memories.

From January to March, the artists Christian Fernández Mirón, Sole Parody and Julián Mayorga, carried out three laboratories of oral tradition in the cities of Seville, Zaragoza and Palma. The recordings compiled in the meetings with groups of elder people generate a new material that is the starting point of the musical residency.

Now, the artists will be listening to the collected material to create a new one based on a collective creation process. Each artist brings his own perspective and subjectivity to the songs, with the aim of creating a repertoire that will culminate in the recording of Músicas memorables’ final playlist. The songs will be presented at a gathering with the communities that inspired it, in a tour that wraps up the final stage of this edition, in the spring of 2021.

Sole Parody Andalusian artist whose works mixes text and music. Musically known as Le Parody, she has published two albums, CÁSALA (sound/ track), in 2012 and Hondo in 2015.  She mixes folklore and electronic music, since her first album was launched, she has been on tour in and out of Spain. Besides, as a writer, she published in 2016 a poetry book called “Lo que América Puede” signed as Billy Morreale. Her professional career has been developed between the holes of the self-management and the industry.

Julián Mayorga is a Colombian musician that emerges from the riskiest wing of the new Latin tropical scene. He picks elements from the popular song, electronic, Colombian folklore and psicodelia. His songs are charged with humor, experimentation and surrealism. His shows, characterized by its own mythology and eccentric visuals animations, have been presented in festivals like Sonar Reykjavik (Island, 2018), Sonar Barcelona (Spain, 2017) y RBMA Montréal (Canadá, 2016), between others.

Christian Fernández Mirón works with projects that go through art, education, music and design. He was a founding member of the collective JA! a member of GED (Education Group of Matadero Madrid); has developed soundtracks and musical projects such as the free improvisation orchestra FOCO or the contemporary opera Todos caníbales. He has worked on initiatives both in the independent and institutional areas that have led him to have extensive experience in projects specifically designed for teenagers, children, families, adults and seniors; questioning and exploring the pedagogies, sensitivities and established formats.

You can also follow all the project process at the web Músicas memorables.

A project created by:

With the collaboration of the artists:
Sole Parody and Julián Mayorga.

With the support of: 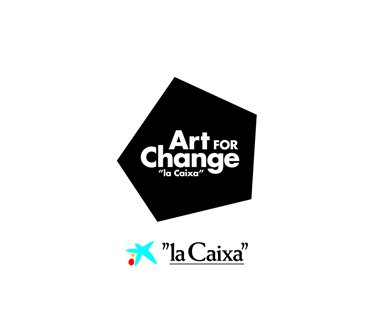