In september we start Planta Alta, our residency program, based at Madrid city center.

The first project is a collaboration with the curator Violeta Janeiro, entitled The city of bodies that indulge in it (La ciudad de los cuerpos que disfrutan). In this project, we question the ways of living that articulates the urban fabric in order to propose new ones through support societies and other transforming forces that can revive it. The residents, from 2019 until 2020, will be organized in four research and thinking categories:

The first resident will be the artist and researcher Eliana Otta, which will develop a project about crisis, silence and hearing as learning and curatorial processes. During her residency, between september 12-26, we will host activities such as workshops and visits at Planta Alta.

Eliana Otta (Lima, 1981) is a visual artist and Master in Cultural Studies (PUCP, Peru). She has shown her artistic work at cities such as London (ProjectSpace, TATE Modern), New York (Jewish Museum), Barcelona (Tasneem Gallery), Cali (lugaradudas).  She has participated in art residencies such as Gapado Air (South Korea), Capacete (Greece) and Sommerakademie im Zentrum Paul Klee (Swiss). She as the curatorial team coordinator that organized the permanente exhibition of Lugar de la Memoria, la Tolerancia y la Inclusión Social. She is a member and co-founder of the independent space Bisagra and she was a member of La Culpable and La Casa Rosa. She is currently a PhD Candidate at the Academy of Fine Arts Vienna.

This residency is part of the program The city of the bodies who indulge in it, organized by hablarenarte, curated by Violeta Janeiro and supported by the Community of Madrid. 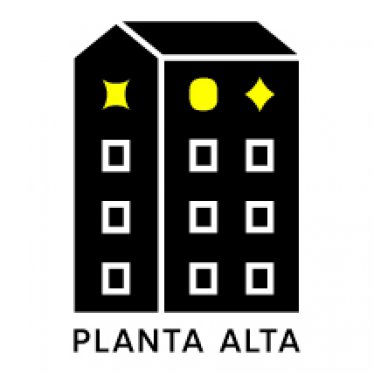